A single set of protection 5% off 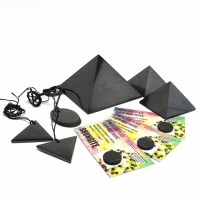 Advanced set of protection 5% off 55.35 USD
Large protective set 7%off 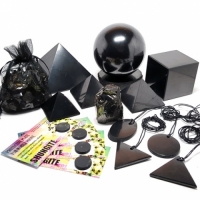 The modern world in which we live and in which our children grow, is rapidly changing. Our childhood took place in absolutely different realities than the childhood of our children: electrical appliances have become an indispensable companion in human life. Of course, this is so convenient when in your pocket there is a whole library, an art gallery, pictures from space and many other things. Gadgets have made us completely different people - fast, smart, resourceful. But more and more often the voices of scientists are sounding restless about the use of electrical appliances. The thing is that these clever helpers are the emitters of electromagnetic waves. Just imagine that a modern person is constantly in a cloud of electromagnetic radiation from cell phones, cell towers, Wi-Fi devices and other wireless technologies! And now imagine what effect the technique has on the child's body, which has not yet been formed, even starting from the birth of the child. Being still in the womb of the mother, the child already falls under the influence of electromagnetic radiation.

For example, the rates of autism over the past decade have become daunting. Since the late 1970s, autism cases have increased almost 60 times! And the greatest growth was registered in the last decade. Doctors talk about a combination of factors that lead to disruption of the neuropsychological development of children, including among others the genetic predisposition and preservatives of mercury in vaccines, but electromagnetic radiation, constant and stable, is a catalyst.

The negative impact of the environment, the toxic heavy metals accumulated by generations in the human body multiplied by electromagnetic radiation, is our common reality.

How does EMP affect?

It is established that electromagnetic radiation negatively affects the cell membrane, as a result of which toxins of heavy metals accumulate in the body, which in turn destroy the body and prevent it from removing heavy metals. Failures in the body at the cellular level lead to irreversible consequences.

The child's organism, unlike the adult, is more vulnerable. New generations are generations of children who, from the moment of origin, experience the effects of electromagnetic radiation. The skull and bones of the child are not formed as in adults. Thin bones and cartilages miss electromagnetic waves that affect the entire body, on every cell. The density of the child's skull is much less than that of an adult, and their brains are much more susceptible to radio waves. Therefore it is extremely harmful to use telephones, being near to children. Radiation destroys the strands of DNA, disrupts the work of cells, weakens the protective barrier of the brain and releases highly reactive and destroying free radicals. These are all conditions that can cause illness. The child's head absorbs 10 times more radiation than the head of an adult, while the baby absorbs even more.

These symptoms indicate that the child experiences the influence of electromagnetic radiation on the body when toxins are not eliminated, provoking changes in metabolism and changes at the cellular level.

A number of European countries are not only extremely concerned about this problem. But they are already drafting bills on restricting the use of wireless technologies by young children. For example, France is considering the ban on the sale of mobile phones to children under 12 years, the governments of Switzerland, Germany, Finland, Belgium, Israel and the European Parliament recommend restricting the use of mobile phones for children. The UK's top medical personnel advise people under the age of 16 to use mobile phones for short conversations only. The Health Board of Toronto recommends that children use the phone only in extreme cases.

Also, medical workers warn that electromagnetic radiation is unsafe during pregnancy. You can not, for example, carry a phone in your pocket or on your belt, next to an unborn child, it's better to put it in your pocket, bag or use modern developments that extinguish the negative electromagnetic effect.

Of course, the modern world dictates its conditions. We can no longer abandon the usual technologies, hide from the radiation of cell towers or Wi-Fi. Until some time we can restrict small children from using phones, however, the day will come when the parent himself will buy a cell phone for the student to communicate, and will do it for safety in the aggressive conditions of the urban environment.

Using proven technology, you can protect yourself and your loved ones from harmful electromagnetic emissions, which are full of the modern world. Shungite plates on the phone are easy to use: you just need to attach the shungite adhesive side to the back cover of the device. No additional manipulation or activation is required. It is also advisable to keep the shungite at home near a computer or a router: it can be a variety of shapes: spheres, cubes, pyramids, and only you will know that these things are not just decorations, but your defenders against electromagnetic radiation in your home. Also schungite is useful in the office, where the electromagnetic radiation is even more concentrated by dozens of electrical appliances!

Take advantage of modern technology and be healthy!