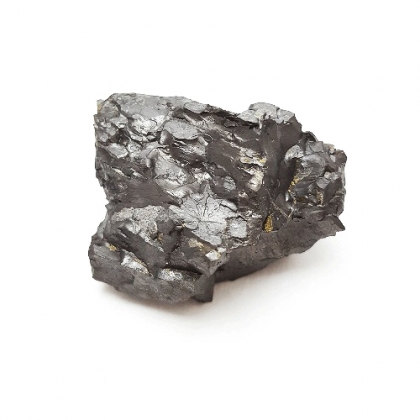 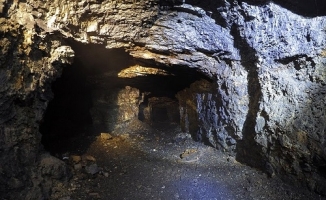 We would like to mention the Shungite of intermediate varieties which is undeservedly forgotten today, but it was widely known even 300 years ago. Geologists and people who work with Shungite call it Petrovsky shungite. So why it is called "Petrovsky shungite", how does this stone relate to Peter the First, and what is this stone? So let's try to understand, by studying the archives of the Karelian research centre, the works of Russian scientists and people who study bio-energetic properties of Shungite.
So, the first record of Shungite comes to 1706, it was the decree of Peter the Great to Ivan Matveyev dated May 17, 1706 concerning the import of slate of stone and ground from the territory of the Olonets for the manufacture of fountain bowls and freshness of water in a summer garden. So we can conclude that at that time people already knew about the property of this "combustible Olonets land," and the extraction of the stone was already on its way. The data are confirmed by the well-known story about the use of Shungite by the troops of Peter the First. He ordered his soldiers to carry a piece of Shungite in military campaigns. Thanks to it soldiers could get potable disinfected water, dropping pieces of Shungite in a pot with water on halts.
The fact of the existence of this decree in the history is considered authentic, and it is reflected in

historical novels describing the events of the battle of Poltava. We must say that this decree was very actual. Matter of fact that in the year of the battle of Poltava there was an exceptionally hot summer, the water in reservoirs quickly blossomed and became harmful for human health. It is known, for example, that the Swedish army had a massive gastric disease at that time; even the Swedish king suffered from indigestion on the eve of battle. Russian soldiers managed to avoid such troubles thanks to the wise decision of Peter the First: every soldier had to carry a piece of Shungite in backpacks. Soldiers got decontaminated water with a pleasant taste like spring water by dropping pieces of Shungite in a pot with water.

Of course, people had known about the miraculous properties of Shungite before. There is a very remarkable story about the extraordinary healing of Ksenia Romanova. As we can see from historical sources, boyarynia Ksenia, who was exiled to Tolvuyskiy monastery by Boris Godunov, heavily suffered from epileptic disease and was doomed to a quick death. But on the advice of the locals, she became to drink water from Shungite source every day. And soon she recovered and was able to come to power with his son Michael, the first Russian Tsar.

Since that water source, which healed the disgraced boyarynia, Tolvuyskiy peasants began to call "Tsarevna’s spring", and still it attracts pilgrims who wish to drink this water.
So what is that amazing stone? Now we know the properties of Black Shungite (64% of carbon), which is extracted in village of Tolvuya (Zazhoginskoe field) and widely used in various areas. For example, water purification and water treatment, protection from harmful effects of electromagnetic radiation, metal industry, composite manufacturing, medicine, manufacturing of products of bioenergy orientation, protection from geopathic zones and many other areas. So do we see so many references exactly to this stone in the archives and historical documents? 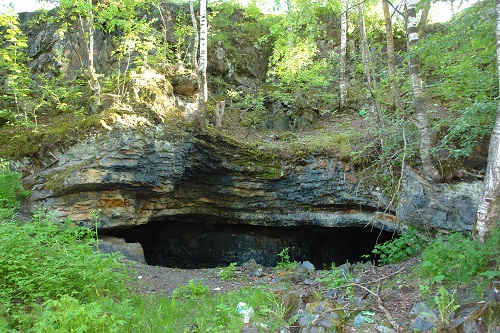 Let’s turn again to the archives.

During the reign of Peter the First, a gallery was developed near the village of Shunga (the Shungite stone was named after it) and there are data on the composition of the rocks in this gallery.

In general, it is an intermediate stage between normal Black Shungite (64% of carbon) and Elite Shungite (98% of carbon) and with carbon content up to 75%.
We can conclude that Shungite, which was produced and used in the time of Peter the First, it is just the intermediate varieties of Shungite, and its informal name is Petrovsky Shungite! So why wasn’t it widely used then? The reason is

simple: there is a little number of such species for industrial production. According to researchers, there is only 30 tons of Petrovsky Shungite, and 2 tons of Elite Shungite are left. This is of course a very little for the industry. Therefore, the gallery in the village of Shunga remained in original form, and still it is a monument of geology and the nature protected by the state.
We must pay tribute to the exploration and use of Petrovsky Shungite, that gave impetus to the search and study of other varieties of Shungite, and led to the current widespread use of Shungite in the world in various fields. Petrovsky Shungite isn’t produced in the tunnel now, but people find it in the dumps next to the drift. Its amount is estimated at about 5 tons.

This is of course a very small number, so the value of the stone increases. Petrovsky Shungite is now loved by collectors like unique material with rich history. Its chip is often used for water purification at home. It is certainly more expensive than ordinary Shungite, but the effectiveness of it is higher. Well, in the bioenergy Petrovsky Shungite is used along with Elite Shungite as the content of carbon in Petrovsky Shungite is 75%, which gives all the properties to the mineral, is not much different.