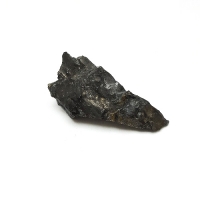 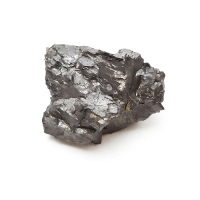 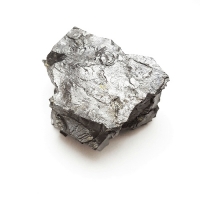 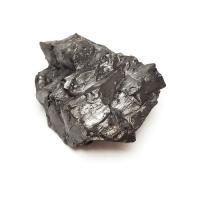 Shungite, as a natural material, can have a different chemical composition, depending on the place of extraction and the age of the stone. In nature, the mineral is represented by three species: black, gray (silver), and brown. Above all, elite shungite is valued, thanks to the high carbon content (about 98%). The "Petrovsky" shungite contains a maximum of 75% of carbon. Due to such a high content - fullerenes, the adsorptive and disinfecting properties of the mineral sharply increase.

"Petrovsky" shungite is a unique beauty mineral possessing a silvery, glossy overflow and extracted manually. Therefore, its cost is much higher than usual shungite breed. Products made from such shungite can rightfully stand in line with precious stones, but the likelihood of stumbling upon a fake stone increases. The true product can be distinguished from the electrical conductivity (the mineral conducts electricity), looks like black glass, has light weight and does not stain hands.

In its composition, the mineral contains a multitude of micro- and macroelements: sulfur, barium, boron, vanadium, molybdenum, nickel, strontium, lead, zinc, copper; oxides of magnesium, silicon, calcium, aluminum, titanium, iron, phosphorus, manganese. Due to the increased content of amorphous carbon, the rate of formation of fullerene particles increases, which, in turn, quickly and more qualitatively give out useful elements and absorb harmful impurities. Daily intake of water enriched with shungite is a reliable and safe way to fill your body with missing elements, strengthen the immune system without pharmacological intervention.

With the help of its unique features, such as: disinfection of water and air, the destruction of bacteria and microbes, saturation with useful trace elements, the effect on lowering the level of histamine in the blood, "petrovsky" shungite is used to treat a variety of diseases.

Diseases that help to treat water, infused with the "Petrine" shungite:

The use of such water increases the speed and strength of the consumed pharmacological agents, so that recovery occurs more quickly.

Using a shungite bath, you can achieve the desired result with the following diseases:

Also shungite baths will suit people who care about their appearance and attractiveness. Enriched water is able to bind free radicals in cells, thereby inhibiting the aging of the skin.

The possibilities of using the "Petrovsky" shungite are very diverse: it can be a unique decoration of your home, a home healer, through which you can cleanse water and be treated, take baths, do foot massage and just get aesthetic pleasure.