The place where they found the miracle mineral. 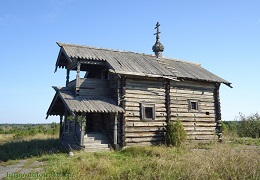 Shungite is a unique natural mineral, interesting by its origin, structure and chemical composition. Mineral is even called natural nanomaterial! Not all the useful properties of shungite are studied well enough, but scientists do not stop working in this direction. Do not forget that the main purpose of the miracle stone is an effective means of healing.
The territory of modern Karelia is the only deposit of an amazing stone. Part of the shungite massif is the famous Kizhi island, the wooden temples of which still delight with its beauty. And for the first time shungite was discovered in the village of Shunga, from which it got its name.
The village of Shunga. One of the oldest villages of Zaonezhie. More than a hundred years ago, Shunga was considered the richest settlement in the whole Povenets county. Shunga brought worldwide fame, the so-called "stone" - a unique carbon mineral. It was first found and described in these places. Shunga, one of the oldest settlements of the Zaonezhsky peninsula, is located on an island resting in the northern part of Lake Putkozero, on which bridges led from both sides.
The first mentions of the Shunga peasants can be found in the Chelmuzh “bypass letter”, dated July 1, 1375. And the first detailed description of the Shunga churchyard is given in the scribal book of 1496. The main overland road of the medieval North, connecting the White Sea and Lake Onega with Novgorod, passed through Shunga. Shunga is first formed as a warehouse point, then bargaining, and finally, Shunga fairs are widely known (the fair is regular multi-purpose trading. Regularly, periodically organized market or seasonal sale of goods of one or many types). When the fairs started, nobody knows. The first information about the Shunga fairs refer to 1644. In Shunga, the fair rumble did not stop almost all year round. At the end of the XIX century, the products of Zaonezhi embroideresses acquired fame. In 1907, the Society for Helping Manual Labor was organized in the village, bringing together 300 craftswomen.
The village of Shunga is an amazingly beautiful place with a unique nature. The population is only 548 people.