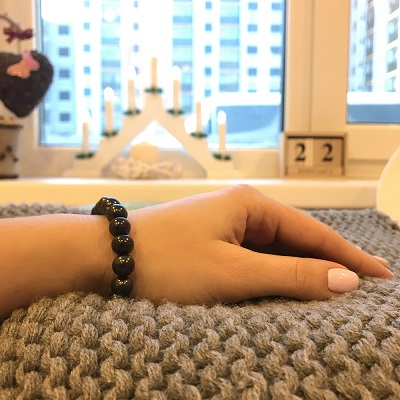 Jewelry is an integral part of humanity. The exact date of origin of various ornaments is unknown, but it is precisely established that the inhabitants of the ancient civilization of the Sumerians wore bracelets on their wrists. And, both women and men. According to the material of decoration, the social status of a person was determined.
The real fans of bracelets were the ancient Egyptians. Excavations of archaeologists have shown that the pharaohs lavishly decorated their hands with products of pure gold.
In ancient Greece, the bracelets were originally the attributes of men-warriors: they wore thin metal strips on the forearm as a protection. Later, women reconsidered this accessory, decorated it with stones and used it as an ornament.
At present, the main importance of bracelets has not changed dramatically: the material also determines the financial position of a person. But the variety of products, the quality and quantity of materials, all kinds of forms and even meanings has significantly expanded.
Bracelets made of stones are always very popular due to their strong energy properties. It is believed that they have a positive impact on human energy. Most often, jewelry with a stone is chosen, starting from the date of birth or the sign of the zodiac. But the general meaning of such ornaments is one - protection.
Famous bracelets of shungite, in addition to the protective function, help the body to normalize health.
Shungite product is capable of:
• normalize the pressure,
• protect against colds and viral diseases,
• relieve swelling,
• Increase working capacity,
• repel negative energy,
• absorb EM radiation.
Daily wearing of shungite bracelets will make your image vivid, and health - strong.