The Sphere is a symbol of life 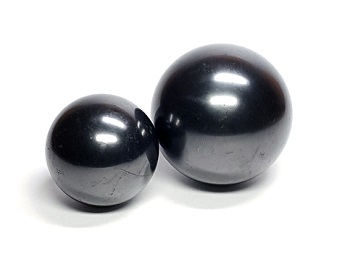 The shape of the ball is rightfully considered a symbol of life, of globality. He is associated with the Earth, the Sun and the Moon. The ball is adopted as the central object in mythology, poetry and philosophy. For example, in Greek mythology, he represents luck, destiny, eternity and power over the universe. In the eastern countries, this symbol is still given a significant place in life and human health. In the 14th century in China, during the Ming Dynasty, spheres were widely used in elite circles for the development of sleight of hand during the development of martial arts, increased mobility of joints, and also for the development of coordination and concentration of attention.
Currently, the techniques of possession of balls are not so common, perhaps because of the inadequacy of information about the benefits of such a process. To maintain the performance and development of the cerebral hemispheres, classes with balls are very effective.
Such a simple and pleasant lesson like rolling spheres in the hand in different directions trains fingers (especially useful to musicians, doctors), improves blood circulation, lowers the fatigue rate and stimulates a multitude of points on our palms that are associated with various organs and systems in the human body .
Particular importance should be given to the material. Shungite spheres not only have an aesthetically attractive appearance, but also are able to harmonize space, to protect from electromagnetic waves, to charge with useful energy. To get a lot of positive results, classes are better spent daily. You can take shungite spheres to work, walk and simultaneously develop your physical and mental abilities. Plus there will be a pleasant relaxing effect: a small rest on a working day.
Exercises with spheres are very simple in execution. You can compress them a certain number of times, then roll between each other in a fist and rub between your palms. At the initial stage it is necessary to pick up balls of medium size and gradually increase their size and quantity as the various techniques are developed. The duration of the session is at least ten minutes a day.

5.73 USD
Success Add to cart
A single set of protection 5% off

38.43 USD
Success Add to cart
Tester for testing the electrical conductivity of shungite