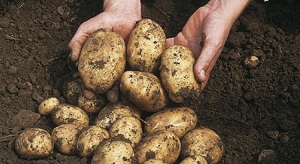 The popularity of shungite spread far beyond Karelia. Mineral, which has no analogues in the world, contains elements of almost the entire periodic table. Its natural structure is similar in composition to the enzymes of living cells and this fact is operated by some scientists, suggesting the origin of life in shungite water. Maybe that's why it is able to cleanse, revitalize and saturate only with necessary, useful elements. According to scientists, the age of shungite is about two billion years. The only deposit of shungite is Karelia. The origin of the mineral explains several theories, but for a man in the street it is not so important which of the theories is correct. The main thing is that Karelia is famous for its cleanest lakes and inimitable nature. It is more likely that the shungite rocks influenced the purity and beauty of our region.

During the research of Lake Onega, in 1785 Academician N. Ozeretskovsky became interested in unusual black soil on the island of Kizhi, thereby making the discovery of shungite. The local people on the island were proud of their fertile soils, cultivating every meter of the earth.

How Shungite Grew Potato
During the reign of Catherine II, active measures were taken for the widespread cultivation of potatoes, but the people in Russia did not welcome this idea until 1765. When a terrible famine broke out, it was already mandated to raise potatoes to all places of the empire. But how is it possible to grow on land covered with boulders? And then the shungite saved everyone. It turned out that with prolonged exposure to wind, rain and sun on the shungite layers, an earthy, friable rock was formed. The people called it "Olonets black earth". Such soil is more fertile than all other chernozems.

If we look at this chernozem from the point of view of physics, it becomes clear that the black color of the soil plays the role of thermal control. During the day, sunlight is absorbed, and at night it is given in the form of thermal energy. So the soil itself and the air layer above it are heated, therefore, the plants are provided with favorable conditions. In the north, the preservation of heat in the soil is always of paramount importance.
An additional property of shungite soil is the absence of clay in the parent rock. Clay retains water in the soil after the rain, in hot weather is covered with crust, which disastrously affects the root system.
At the moment, biologically active preparations based on shungite are produced, to increase yield and reduce the risk of diseases.

6.66 USD
Success Add to cart
Tester for testing the electrical conductivity of shungite