Why do I need a shungite plate for a smartphone? 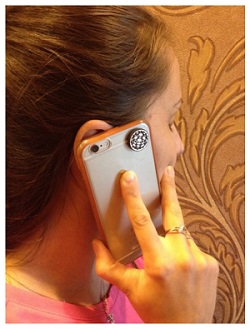 The twenty-first century firmly secured the title of the "Progressive" Century. It is difficult to imagine modern life without mobile phones, the Internet and many other devices that are usual for us. Even indirectly suspecting of the harm that all scientific and technical progress brings to human health, the world will not be able to give up all the abundance of technology and information. Therefore, each of us is responsible for our health. Only personal interest and the adoption of preventive measures can prolong the happy years of life.

It is worthwhile to figure out what the danger is all about and how to warn yourself against it. Scientists around the world are actively conducting research in the field of low-frequency electromagnetic radiation of mobile phones. Find a common conclusion so far can not: some believe that the problem is too small to pay so much attention to it, others - put it in the rank of the most dangerous. Based on the material below, you yourself can conclude: take preventive measures to reduce the influence of electromagnetic waves or not.

An antenna of a mobile phone is a source of radiation, which constantly keeps in touch with the station. EMF waves can increase the temperature of the surrounding space, thereby exerting a strong influence on unprotected human cells. The human body evolves much more slowly, not keeping pace with technological progress, and is not able to protect itself from this impact.

Radio waves, with close contact with living tissues provoke mutations of chromosomes, and also raise the temperature, increase the speed of heartbeats, suppress the immune system. With long-term exposure to EMF waves, the biological system develops long-term effects in the form of fading processes of the nervous system, brain tumors, changes in blood composition and hormonal disorders.

So why do I need a shungite plate? This is an elementary preventive measure to suppress the effects of EMF waves. Shungite has special shielding properties, that is, it can reflect the electromagnetic effect. The fullerene structure of the mineral reduces the negative properties of radiation.

A small shungite plate attached to the back of the mobile phone can reduce harmful radiation thousands of times.

Do not forget that the number of harmful effects is growing every day in a geometric progression, so the plate of shungite - a small but reliable protection of your health in the modern world.