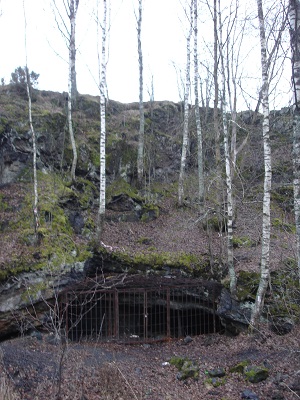 Black stone of coal color is known in Karelia since time immemorial. Even the Zaonezhie peasants noticed that the black lands are especially fertile and tried to use these properties. The first episodic descriptions of the rocks of the "black Olonets land" were undertaken in 1792 by Academician Nikolai Ozeretskovsky and in 1848 by the staff captain of the Mining Engineers Corps NK Komarov. However, more detailed scientific studies of shungite belong to Alexander Aleksandrovich Inostrantsev - Honored Professor of the Imperial St. Petersburg University, Doctor of Mineralogy and Geology, a valid State Councilor.

A.A. Inostrantsev was encyclopedically educated and recognized not only by the Russian, but also the European scientific community: he made numerous geological excursions around Italy, in the regions of Prague and Vienna, worked in the museums of Geneva, Zurich, Munich, Vienna and Prague. He got acquainted with the teaching, museums and scientific work in foreign universities and museums, established scientific contacts with many outstanding foreign geologists of the time. Also A.A. Inostrantsev conducted field geological studies in many regions of our country - on the shores of Lake Ladoga, in Karelia, Crimea, Donbass, the Caucasus, the Urals, and the Altai.

In 1879, after studies in Zaonezhie, AA Inostrantsev identifies a special rather rare "brilliant variety" of a mineral with a high carbon content (over 98%), which in its properties was isolated from a number of mineral coals as "a new extreme member in the series of amorphous carbon ".

In 1885, Inostrantsev suggested calling a new mineral shungite. The name, as you know, was given at the site of the find - there was a large trading village of Shunga nearby. "According to the chemical composition, the carbon of the Shung anthracite studied by me," the professor wrote, "represents a significant difference with all the anthracites known to us." 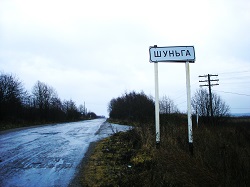 Over time, shungites began to call all varieties of carbon-rich rocks, so there was confusion, because not all of them have the same useful qualities. This name should be used only for rocks with a high carbon content (at least 60%). It is such a stone and is endowed with medicinal properties: it is a natural antioxidant, it allows to purify water, protects from electromagnetic waves.

Despite such a long history of study, shungite still remains under the scrutiny of scientists around the world.