Where is shungite extracted? 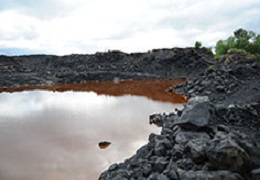 Karelian black stone shungite is known to locals since time immemorial. However, the first episodic descriptions of the rocks of the "black Olonets land" were made only in the 18th century. Even Peter I knew the useful properties of the "slate stone", so they called shungite. The Tsar ordered the soldiers to use shungite for water purification. But where exactly was this rare mineral extracted?

The only deposit of shungite rocks is in the Republic of Karelia, in Zaonezhie (in Medvezhyegorsk district), not far from the largest in Europe Onega lake. It was here that 2 billion years ago, in an anoxic environment, this mineral was formed from protobacteria and microscopic primitive organisms.

The largest deposit of shungite rocks is the Zazhoginsky deposit or the Zazhoginsky deposit. Now here is the largest shungite quarry, which measures 22 km x 11 km. On this large territory there are several villages, including abandoned ones. Zazhoginsky deposit has huge reserves of first-class shungite - 35 million tons. Annually about 200 thousand tons of schungite is produced, but there are prerequisites for an increase in output. After all, shungite is used in two dozen different directions, including in the chemical industry, metallurgy, construction, water purification, agriculture, cosmetology and medicine.

6.66 USD
Success Add to cart
A single set of protection 5% off