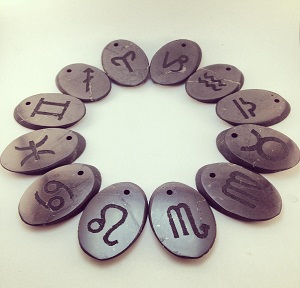 Amulets are sacral objects that have been known since the time of primitive society. People felt that some things are able to give strength to a person, to hide it from someone else's negative impact. In the modern world, the amulets of their properties have not lost. More and more people discover the secrets of their ancestors and are surprised that primitive and ancient knowledge about the world and life were not so primitive.

The word "amulet" from the Arabic language is translated as the verb "to wear". Indeed, sacral objects had to be carried around: on the body or on clothes as an ornament. And although the word is Arabic, amulets are known not only in the east, but are found in absolutely all religions.

Amulet can serve as a variety of subjects. For example, in a primitive society after a successful hunt, the hunter decorated himself with teeth or claws of his prey, believing that he would receive the power that the animal possessed. Since the Stone Age, people have used different materials to make amulets, believing in their protection: shells, pearls, wood, stones.

Now amulets from Karelian stone - shungite are becoming popular. Shungite is called a stone of health. It has been scientifically proven that schungite is unusual in nature, genesis, structure of organic carbon entering into its composition. The older the material from which the amulet is made, the greater its strength. Imagine how powerful shungite is, whose age is over 2 billion years!

Shungite protects against the negative effects of electromagnetic waves from computers, telephones, microwave ovens, televisions, etc. It also cleans water, shields the space from negative effects, improves the functioning of the body, calms the nervous system, normalizes sleep, strengthens physical and mental health. Exquisite black stone-amulet will serve not only as an elegant decoration, but will also allow you to feel the influx of fresh forces, push away the negatively directed energy, help restore harmony in life.