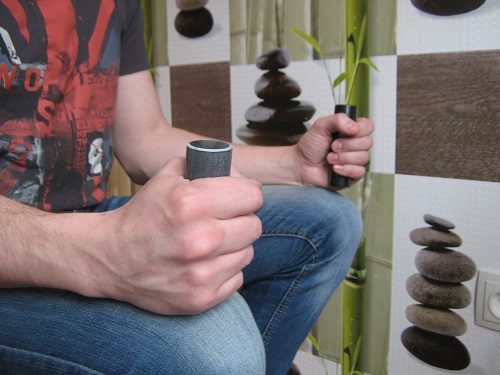 Harmonizers are objects capable of restoring the energy balance of a person, bringing forces into balance, beneficially influencing a person's biofield, normalizing the work of the whole organism as a whole. Using modern technology, harmonizers are made of various materials: stone, wood, etc. But the most powerful are the harmonizers from shungite. Modern people are only now beginning to return to the practice of using harmonizers, when they were used even in the time of the Egyptian pharaohs.
Why are harmonizers again so in demand? The modern world with its fast pace of life absorbs a huge amount of vital energy, literally pulling all the forces. Fortunately, the energy resource will be replenished. To do this, it is sufficient to be able to listen to oneself, to provide support to your energy field, to nourish your bio-field with a new positively charged energy.

Shungite harmonizers allow a short time to restore the energy balance. The oldest shungite stone on earth has a unique chemical composition, similar to extraterrestrial minerals. According to one of the theories of origin, shungite is a meteorite that fell to Earth several billion years ago. One way or another, but in earthly nature, there are no analogues of shungite to-day. Shungite, possessing tremendous energy, is capable of giving it away. The influence of shungite is not mysticism. The stone is widely studied and used in medicine, including military.

Cylindrical harmonizers must necessarily be paired: one of which is made of shungite - is charged with positive energy, the other of the soapstone is charged neutrally. Harmonizers, after falling into the hands, begin to interact with the energy of a person. Energy from the shungite passes through the person, forming an energy circle. Negative energy goes to a neutrally charged harmonizer by natural replacement. Harmonizer redirects the flow of energy, embracing all sides of the body, restores the balance of mental and physical health, saturated with positive energy, gives strength.

How to use harmonizers:
There is nothing difficult in using harmonizers. For this practice, you need only 5-10 minutes, the session can last no more than 15 minutes. It is enough to take a comfortable pose, take the cylinders in hands: black (shungite) cylinder in the left hand, gray (from talcochlorite) in the right, close your eyes and listen to your own sensations. The state of rest and concentration on your feelings will be like a very deep meditation. Perhaps you will feel a slight dizziness. The use of the ancient mineral will help to connect to the energy flow, significantly restore the lost strength, restore the emotional balance.