Research shungite rocks in the field of energy 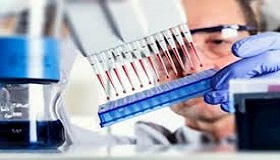 Karelian shungites are unique carbonaceous rocks. The prospects for their use in the technology of drinking water treatment and wastewater treatment, for energy saving in metallurgical processes, as environmentally friendly rubber fillers and for the creation of building materials that protect against anthropogenic electromagnetic radiation are considered.
Initially, shungite was used to supplement or replace coke in blast furnaces to produce cast iron, non-stick coatings, heat-resistant paints. Later, other useful qualities of schungite were discovered: bacterial, sorption, catalytic, reducing, and screening. That led, in turn, to the popularization of schungite and its distribution in various sciences, from medicine to nanotechnology.
Shungite rocks are an effective energy-saving raw material. The unique composition and structure of the mineral causes a high energy-saving potential. Due to the fact that carbon, which is part of shungite, is in a developed state and is in close contact with quartz, its activity exceeds the activity of coke. If we take into account the enthalpy of the reaction, including the interaction of amorphous carbon and silicate in thermal processes in the production of cast iron, iron alloys, silicon carbide and some stages of the metallurgical industry, we can conclude that a worthy replacement of one ton of coke by one ton of shungite rocks. Do not forget that shungite has a high density, electrical conductivity and a high degree of adhesion to many substances. Therefore, based on this mineral, electrically conductive dyes, building materials, asphalt concrete are created. Shungite-based paints are used as low-power infrared heaters. As a result, the heat is transferred to all objects in the room, the need for intermediate heaters disappears and the heat loss is reduced. Some experts argue that the use of such infrared heaters provides a high energy saving effect.
Electrically conductive properties of shungite rocks and the ability to reduce levels of electromagnetic radiation with a frequency of 10 kHz - 30 GHz and electric fields with a frequency of 50 Hz made it possible to create new conductive materials with radio shielding and radio absorbing properties; electrically conductive paints, concretes, asphalt, finishing materials, plastering solutions, etc. On the basis of these materials, shungite heaters have been developed, materials that shield electromagnetic radiation have been created, and the possibility of creating new building materials has been shown.