Traditions from around the world before Christmas and New Year 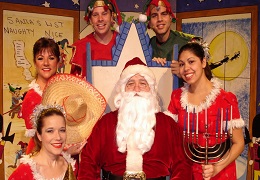 The month of December is the most magical, it is in this month that the cherished dreams are fulfilled, meetings with the closest people are becoming more frequent, and the streets of the city become similar to the fairy tale embodied.
New Year is a traditional holiday. Despite this, in every country there is at least one strange way to celebrate the new year and attract good luck. Below are the most unusual traditions gathered from around the world.
• Australia
At midnight exactly, Australians stroll through the streets of their city, knocking with great force on pots and pans.
• Brazil
Residents of the country wear white clothes to scare away evil spirits.
• Chile
Chileans eat a spoonful of lentils at midnight so that next year is full of money and work. In the small town of Talca, New Year is met at the cemetery. For twenty years in a row, the residents of Talca are gathering on a city churchyard on New Year's Eve. After the solemn evening mass, at about eleven o'clock in the evening, the mayor of the city opens the cemetery gates, and those who wish to classical music and in dim lighting go to the graves of their relatives. The atmosphere is impressive, mesmerizing, pacifying.
• But in Machu Picchu or Cusco people conduct ancient Incan rites. Among tourists visiting Peru during the New Year holidays, Temazkal is a special love - a small construction made of wood and fabric, symbolizing the bosom of Mother Earth. The aura of the hut who entered this hut is being cleared, and it seems that the person has gained a new life.
• Hours in Cuba hit only 11 times, so that they (the clock) had time to celebrate the New Year with their residents. And then all together they poured water out of the windows so that life would be just as clean, transparent and fresh.
• In Denmark, residents jump from their chairs to chase away bad spirits next year. In any case, it is done by those who still feel the earth under their feet.
• In Spain, when the clock strikes midnight, people convulsively cram 12 grapes into themselves in order to have time to eat everything until the last blow - this is lucky.
• Traditionally in Romania, New Year's cakes baked small surprises (pods of bitter pepper, porcelain figurines, rings, coins).
• Mongolian Santa Claus comes to children in the form of a cattleman. The New Year program usually consists not of feasts and songs, but of competitions and sports games.
• Residents of India celebrate the New Year in different ways. In Northern India, people decorate themselves with orange flags, and in Western India, small lights are lit on the roofs. Gifts are laid out on a large tray, and not placed under the tree, and each child closes his eyes and chooses one of the presents at random.
• In China, the path to the New Year is sanctified in the literal sense. Processions with lighted lanterns are moving along the streets, and from the outside this action looks truly magical.

But all over the world there is one unifying tradition: to give presents. The gift is chosen for such an event very carefully, with care and love. If you have not yet decided on a gift for Christmas, you want a unique product, but without large financial costs, then you are already on the right site. Products from shungite - a unique gift for your loved ones with health care! 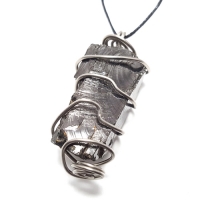